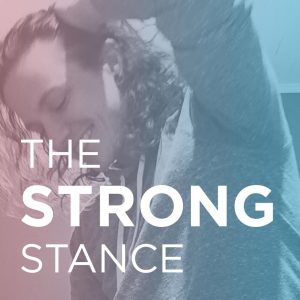 The Strong Stance is a monthly podcast hosted by Eli Strong. Founded in October 2013 on the Back2Us Radio Network, the show tackles issues that affect the transgender, genderqueer and gender non-conforming community. As Eli is an ever subconscious follower of the ‘rule of three’, it comes as little surprise that there are three main branches to the show.

Standard episodes of The Strong Stance are generally a discussion format with guests that speak to a particular societal issue or current event, and its impact on our community.
Previous topics include Privilege, The Prison Industrial Complex, The T in LGBT, The Anti-Trans Bathroom Bills, Mental Health in the Trans Community, and many more.

The Strong Stance Spotlight uses a one-on-one interview framework that delves into the guest’s life, journey and any projects they are currently working on. Working on something amazing that people should know about? Send a message via the ‘Contact’ page.

The Strong Stance Stories is simply storytelling.  The episodes follow a theme and all storytellers are members of the trans/gnc community. They share any story that suits their fancy, whether it be fact, fiction or fairytale, either about their gender path or not. I encourage storytellers to share a story that goes beyond the ‘transition story’ narrative. If you are interested in telling a story of your own, see the ‘Story Submission’ page. 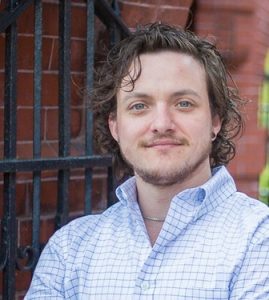 Eli Strong is the host and producer of The Strong Stance. Originally from Alabama, he is an avid Bama fan, speaker, writer and activist. He was featured in the 2012 National Geographic documentary “American Transgender”, which followed the daily lives of three trans people. Eli is the former facilitator for the DC Area Transmasculine Society and is currently a member of both the Community Advisory Board for America In Transition and the Board for The Dr. Annise Mabry Foundation. Eli earned his BSW in 2004 and his MSW in 2005, with a concentration in Program and Agency Administration, from the University of Alabama. He lived in Washington, DC for a decade before heading back to the South with his wife. They now reside in North Carolina.